Upgrading from versions prior to 4.2.0.0 is not supported. If you are upgrading from an earlier version, it will be necessary to upgrade to a 4.2.x.x or 4.3.x.x version first.

Control Center: SAML Login and Logout locations may now be distinct. This configuration can be adopted in the Control Center, under the SSO settings.

Configuration Studio: The result triggered by an XML resource can now be an XML «embedded» in an XML. You may now specify the container of the returned CDATA.

Web: Improved autosizing and distribution of columns. Fixed for tables comprising a number (e.g. ID, Rank) in the first column and/or wrapped or full text content in any column.

Web: Truncated number property overlaps the next column. The error was encountered when large numbers were filled in and/or in tables with many columns.

Web: Fixed error preventing the status and trend from being visible in Ranking tables. The icon is now showing correctly.

Configuration Studio: In Workflow, the logfile could be too large to open. There is now a limit of 5,000 warnings, and once exceeded, users are prompted with a notice.

Web: Revised the behavior of the action button capable of sending an email based on an event rule. It now sends an email to the user clicking the button, and not the admin, as was previously the case.

Web: The reference property menu on web was too narrow. Increased its width to 50%.

Choose files or drag and drop files
4.4.1.5
Was this article helpful?
Yes
No 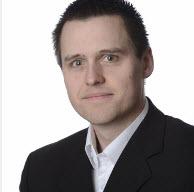